I finally got out for a long hike for the first time in a long while. This morning I woke up early and hit the road, headed south into Colorado to hike at Soapstone Prairie. I had never been there before, but had hiked nearby at Red Mountain Open Space. The weather forecast called for high winds, but not until later in the morning, which is why I wanted to get an early start.

It was an uneventful drive, mostly in the dark. I arrived at an empty trailhead just after 7:30 and, after using the restroom, hit the trail. 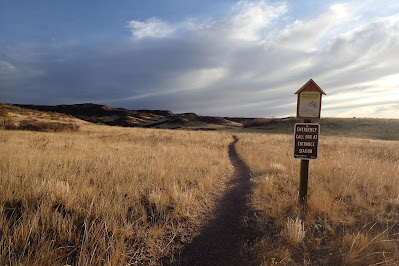 The wind was dead calm for the first half of the hike. Like the name of the place suggests, Soapstone Prairie's trail system mostly traverses prairie. There were not any trees along the trail, but lots of the trail's namesake Mountain Mahogany. 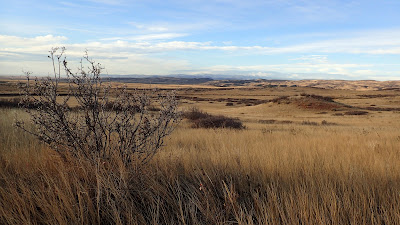 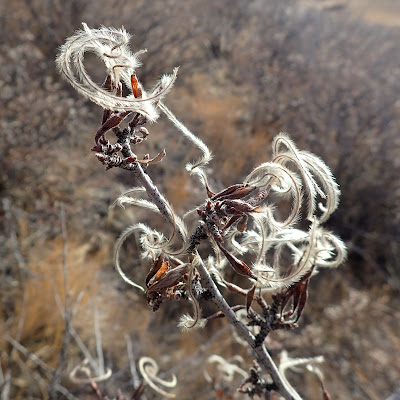 The trail was pleasant, with not much steep ascending. 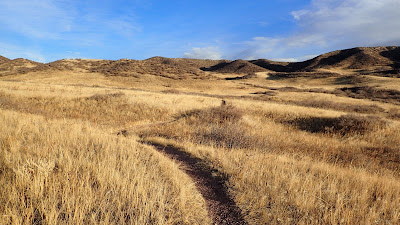 Along the way I saw five mule deer, including two really nice bucks. 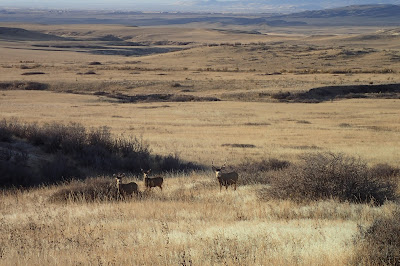 Once up on a ridge, there were nice views west to the distant mountain, now capped with snow. 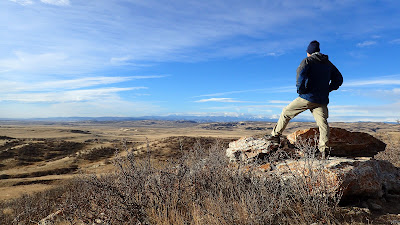 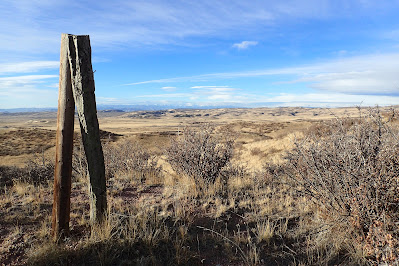 Altogether, the hike is just over 7 miles round-trip. Besides seeing the mule deer, it was not the most exciting trail I've ever hiked. Still, it's nice to see the city of Fort Collins be proactive in setting aside this land for preservation and recreation.

Posted by Eric, Noelle and Sierra Grunwald at 5:22 PM

Email ThisBlogThis!Share to TwitterShare to FacebookShare to Pinterest
Location: 85GPXWJ4+8C