It was such a nice day today, we decided that we had to get out and go for a hike, even if it was a short one. We made the short drive over to our local state park, Wildcat Hills, and started our hike on the Nature Trail near the Nature Center. 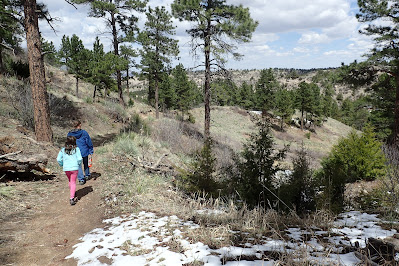 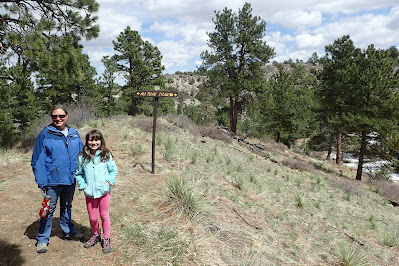 The air today was perfumed with the scent of juniper and pine. We descended on the Deer Trail and then headed down the Turkey Trail to a narrow side trail that led up a ridge to a nice overlook. 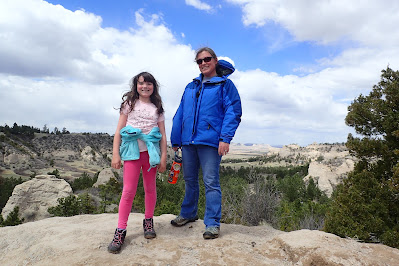 At the top of the ridge we found ourselves at one of the CCC-built stone picnic shelters. 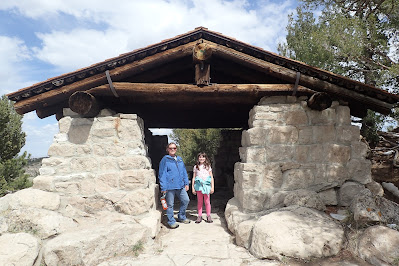 From the shelter we followed a gravel road for a bit into a picnic area where we found a second, mini-shelter. 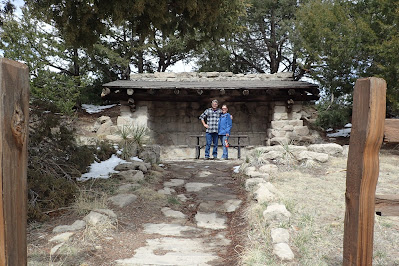 Then we found another trail and followed it to a to a weird old sign on the ground that read "GARBAGE." 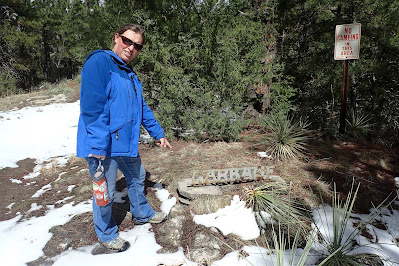 I'm guessing it was built by the CCC and marked the site of an old garbage can. After passing the garbage sign we got into some fairly deep snow. It was obviously time for a snowball fight! 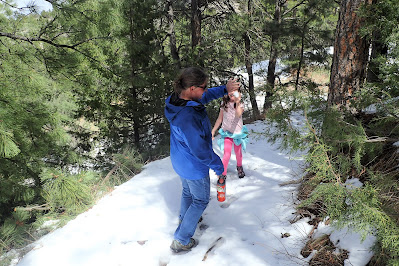 Finally, we ascended the Deer and Nature Trails back to the car for the short drive home. 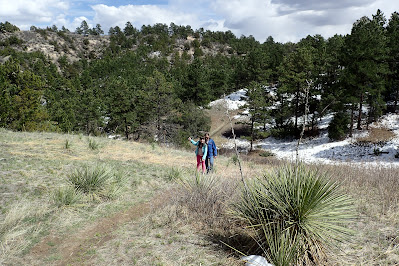 Posted by Eric, Noelle and Sierra Grunwald at 10:15 PM