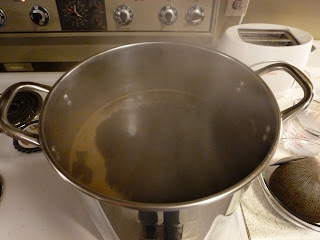 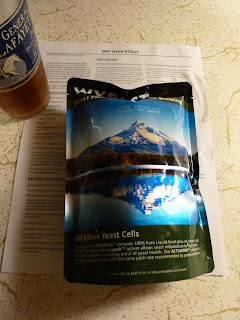 This could become a New Year's Eve tradition. Tonight's brew is a Dry Stout in the style of Guinness. 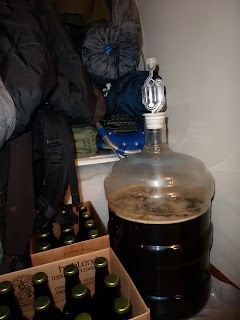 Posted by Eric, Noelle and Sierra Grunwald at 11:55 PM No comments: 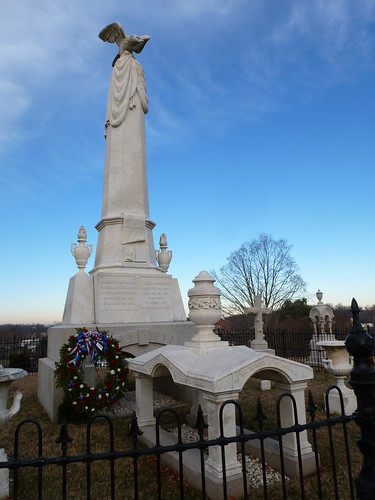 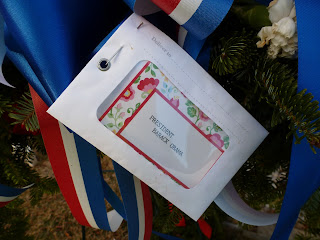 Posted by Eric, Noelle and Sierra Grunwald at 4:46 PM No comments:

Noelle really wanted to get out of the house and I really wanted to go to Asheville. We had not been to Asheville since before Thanksgiving and were in need of an Asheville beer fix, plus I wanted to sell a pair of mitten shells at Second Gear. We made the drive into the city and ate lunch at the downtown location of Asheville Brewing and Pizza. The 828 Pale Ale was excellent! 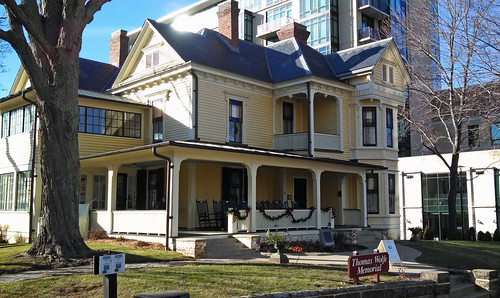 After lunch we made the walk over to the Thomas Wolfe Memorial to check out the house and learn more about the author who grew up in this boarding home in Asheville. 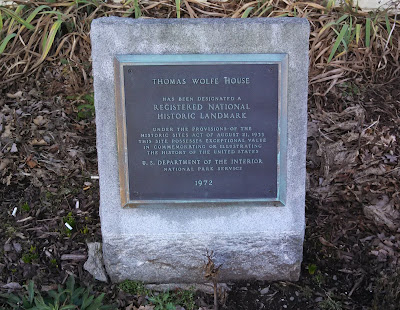 We bought our tickets and headed into the house for our tour. This was the first tour we've been on since Sierra learned to walk and it did not go so well. She, being the toddler she is, wanted to walk around and play and touch things. All of these actions were prohibited and so Sierra was not a happy girl.

We did make it through the full tour, but I must apologize to our guide and the other two visitors who were there to see the home. After guiding countless families (some with cranky toddlers) on cave and home tours, I now know how it feels to be on the other side of the equation. Needless to say, we will not be going on any house tours again anytime soon. 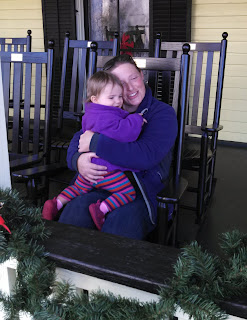 Posted by Eric, Noelle and Sierra Grunwald at 8:14 PM No comments:

Merry Christmas from the Grunwalds

Santa was good to us all this year. Here are some photos of our family Christmas celebration. 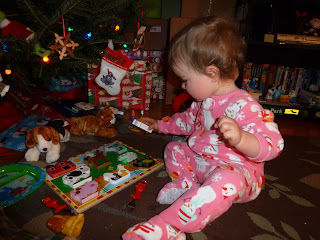 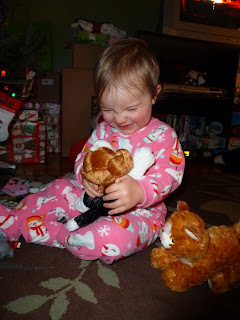 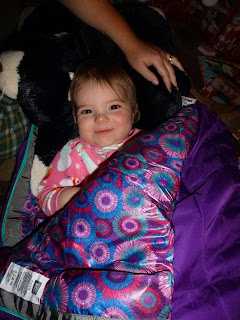 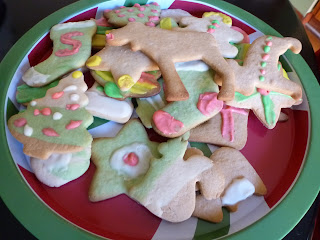 Posted by Eric, Noelle and Sierra Grunwald at 5:03 PM No comments:

I finally got out of the house for some real adventure. I ate breakfast and packed up my stuff for the drive into Hot Springs for my hike up the Roundtop Ridge Trail to the Rich Mountain Fire Tower. As I approached Hot Springs, I turned off onto River Road. After just a short drive on River Road I turned right onto Reservoir and followed this dirt road until it dead-ended at a water tower. 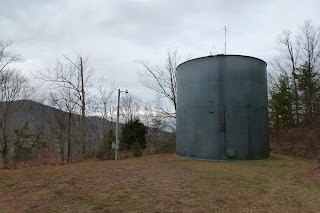 I guess the tower is the reservoir that Reservoir Road is named for.

The trail was unmarked at its lowest reaches, but it was easy to follow as it lay in the bed of an old road. The old road closely paralleled a small creek with stone walls to protect the road from getting washed out in times of flood. 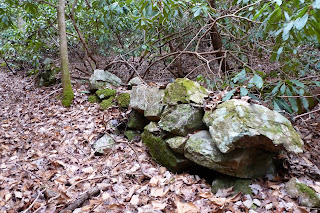 It then switchbacked away from the creek as it ascended. A short while later the road veered to the right where it ended at a cul-de-sac. The trail went straight however, and continued to ascend up to the top of the ridge.

This trail is appearantly an old section of the Appalachian Trail before it was rerouted some time ago. I didn't see a whole lot of evidence of the trail being the former AT, except for a few extremely faint white blazes barely showing a a couple trees. 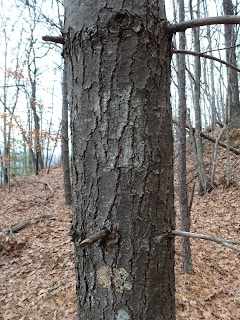 At one point I saw an opossum laying in the leaf litter on the forest floor. It looked dead, but I figured it could just be "playing 'possum". 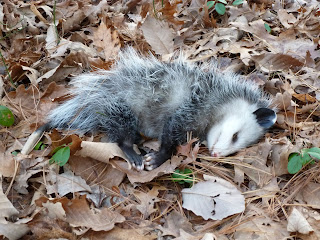 I decided if it was still here on my descent that I would officially declare it deceased.

Not much stands out from this trail. It was a mostly gentle ascent up the ridge to the Appalachian Trail. Once I reached the AT, I followed it north for a bit, before taking a spur trail to my destination for the hike: the Rich Mountain Fire Tower. 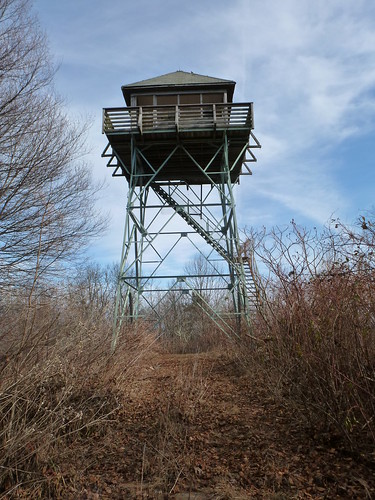 The fire tower is not as isolated as one might guess as there is a road that leads right to it. Due to the easy access the tower is covered in graffiti and a bit vandalized. I enjoyed the view from the cab of the tower for a bit 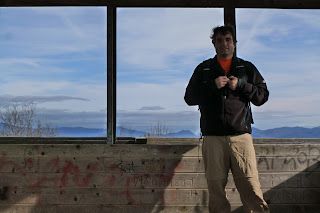 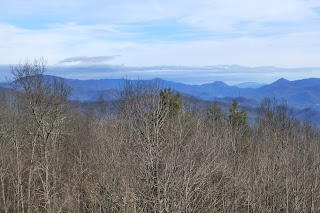 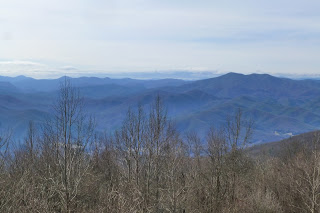 and then started my descent, passing a concrete foundation that I'm guessing was the location of the fire lookout's privy. 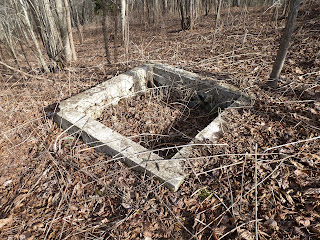 The descent went faster than the ascent. 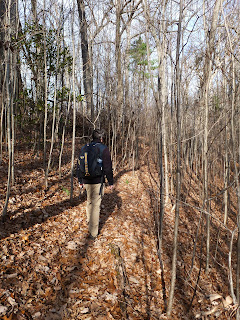 The only difficulty was the slippery dead leaves that littered the trail. When I had returned to the site of the opossum, it was sadly still there. From the opossum it was a quick walk on the old road back to my car.
Posted by Eric, Noelle and Sierra Grunwald at 8:10 PM 1 comment: 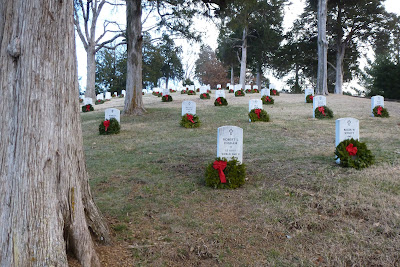 For more information see the Wreaths Across America website.
Posted by Eric, Noelle and Sierra Grunwald at 4:42 PM No comments:

After Sierra went to bed Noelle and I bottled the Pale Ale I brewed with my father about 3 weeks ago. Last time we tried bottling Sierra woke up and Noelle had to go take care of her. Luckily that did not happen this time and so the bottling went much smoother with two of us! 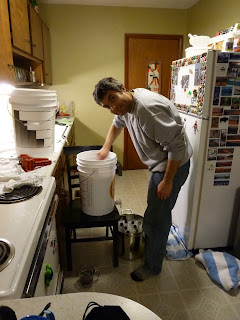 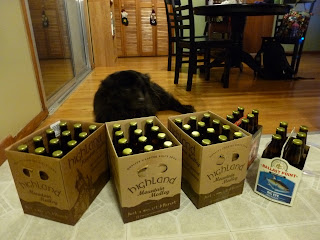 Posted by Eric, Noelle and Sierra Grunwald at 10:50 PM No comments: 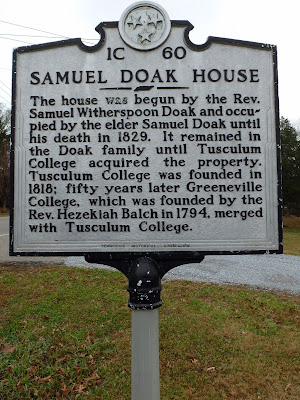 This morning Noelle, Sierra and I made the short drive over to Tusculum to check out the Christmas Open House at the Doak House Museum. We arrived just as a storyteller was finishing up her story. For the short portion of the story that we caught Sierra seemed very interested. After the story we went on a short tour of the home which was decorated in the typical fashion of the 1800s. 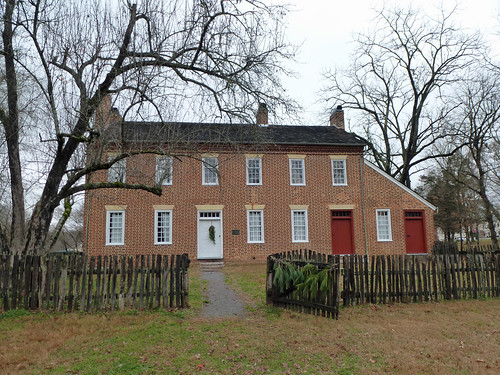 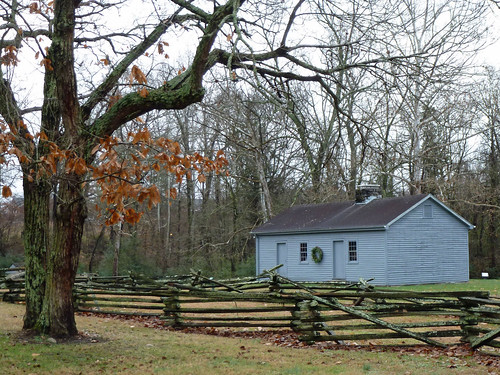 Posted by Eric, Noelle and Sierra Grunwald at 1:52 PM No comments: