It was a beautiful early spring day in the Borderland and I took advantage with a quick roadtrip along the Rainy River from International Falls to Baudette. I headed out of town around 9 am and drove Minnesota Highway 11 through the mostly snow-free agricultural lands to the west. My first stop was the Manitou Rapids Wayside on the Rainy River. I walked down to the riverside 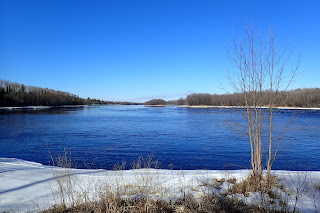 and made my way to some wonderful views of the Rainy River. 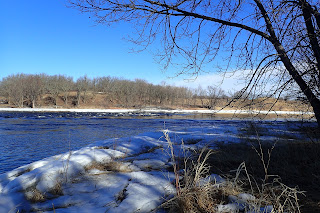 I had read that there are some petroglyphs on the rocks at the rapids, but after a pretty thorough search I concluded that they are either non-existent, or covered by snow right now. I was, however, treated to a flyover by some Canada geese. 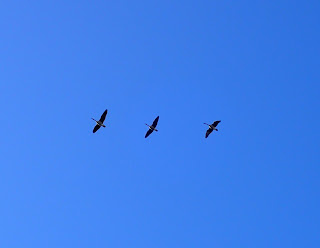 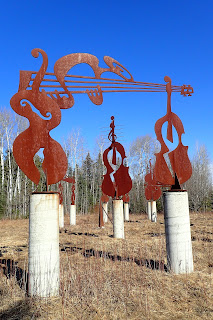 I took a few photos at the sculpture, 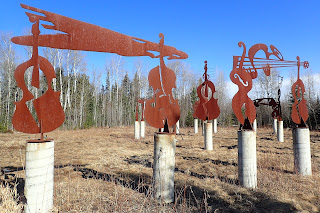 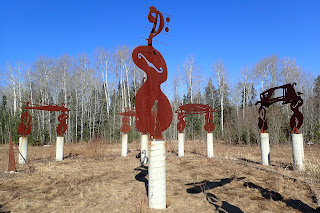 watched a gray jay for a few minutes, and then made the short drive to Franz Jevne State Park.
Here I saw the first of many fishermen out in their boats on the water. 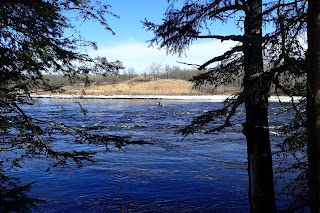 It was thrilling to hike for a short distance on a trail that was snow-free. 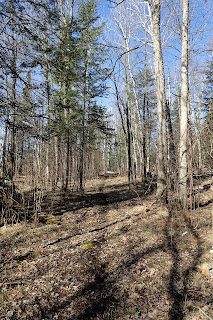 Most of the trail was, however, snow and ice covered. 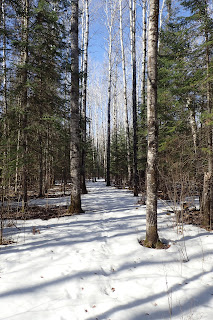 When I had finished my hike, I got back in the car and headed west towards Baudette. I made a detour in Clementson to check out the very interesting section of the aptly named Rapid River there. 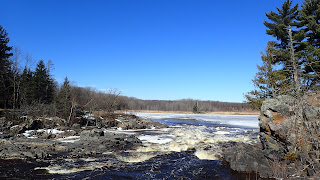 Then I headed into Baudette, past Willie Walleye, 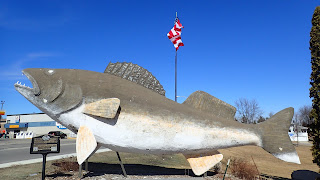 for lunch. I ate at a wayside near the international bridge. 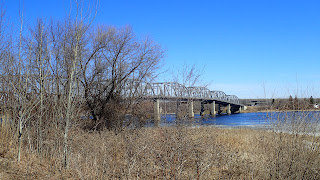 After lunch I pointed the car east for the return trip back to International Falls. I noticed the interesting old, abandoned Border School 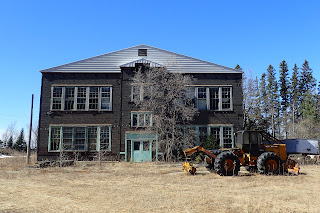 and stopped for a quick look. I saw 7 bald eagles as I drove back to the Big Fork River. 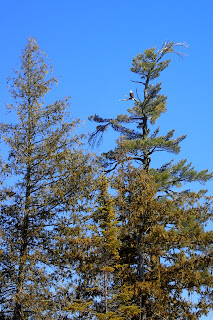 I stopped again, this time at the closed Grand Mound historic site. There weren't any "No Trespassing" signs and so I made the short walk back to the large burial mound, 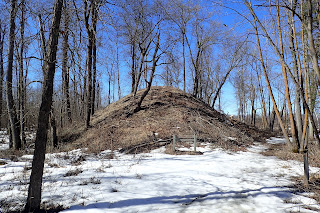 which sat right next to a bald eagle nest. 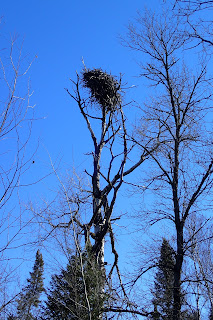 I returned to the car and drove the rest of the way home. Today's short trip has me itching for a summer full of road trip adventures!
Posted by Eric, Noelle and Sierra Grunwald at 10:11 PM 1 comment: