Lambeau Field and the Green Bay Packers Hall of Fame

The past few days we had the experience of a lifetime. Noelle, my dad, her dad and myself got to experience a Eagles-Packers game at Lambeau Field in Green Bay, Wisconsin! We made the long, 8 hour drive on Wednesday and stayed at Noelle's aunt's house. Then yesterday afternoon we made the short drive south to the not-so-frozen tundra. 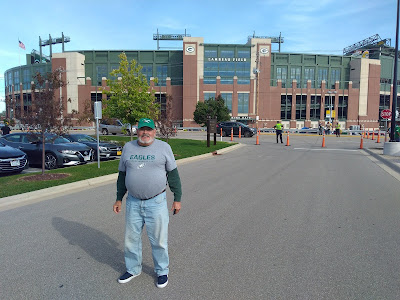 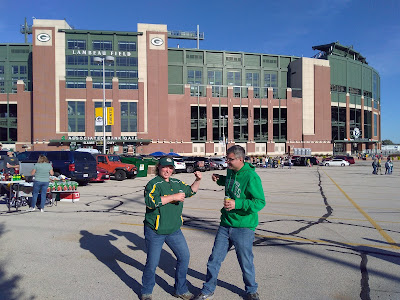 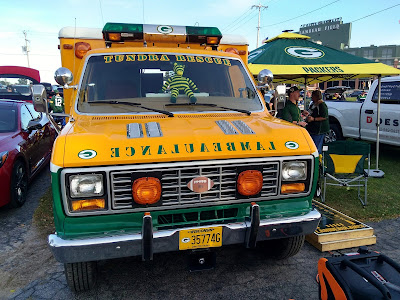 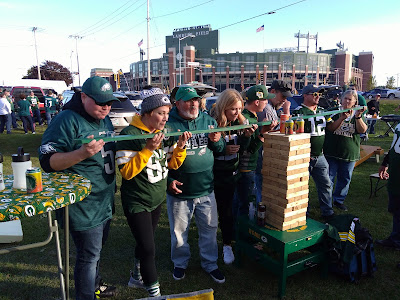 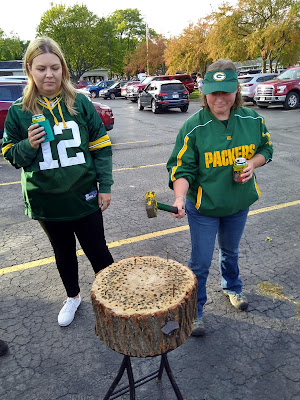 and then headed inside about a 20 minutes before game time. It was so cool to see the field in person for the first time! 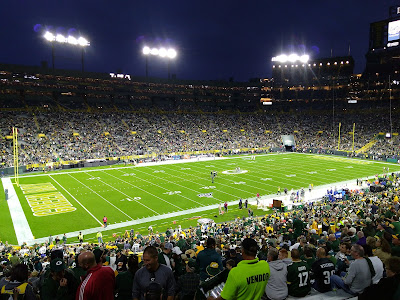 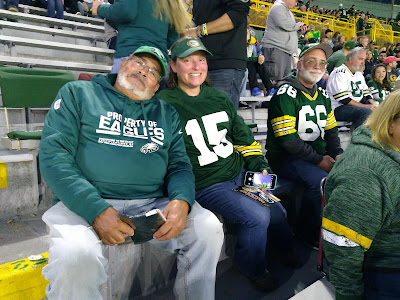 The game itself did not disappoint. After trailing 10-0 early in the game, the Eagles made a comeback and led by halftime. It was close until the very end with the Eagles clinging on an interception in the endzone. Here are the highlights:
Today we went back to Lambeau to check out the Green Bay Packers Hall of Fame. 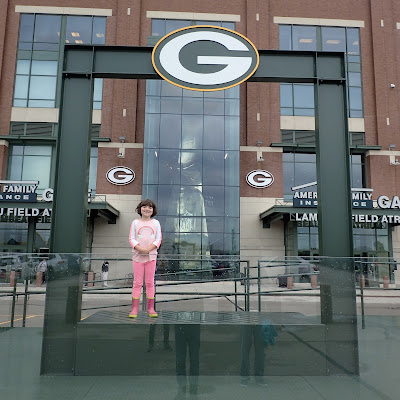 Noelle and I had been there before back in 2001. 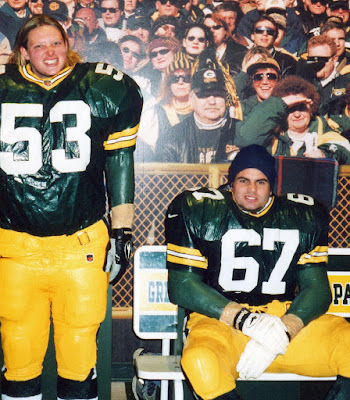 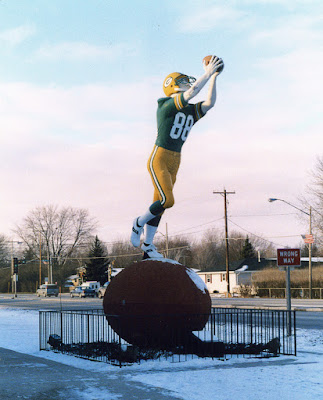 It was at a different location, outside the stadium back then. Today's version is a bit more modern with some interactive exhibits. 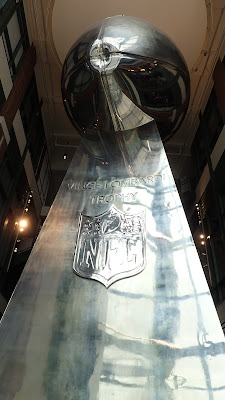 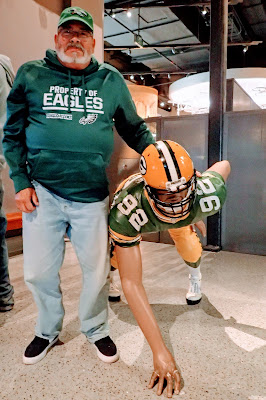 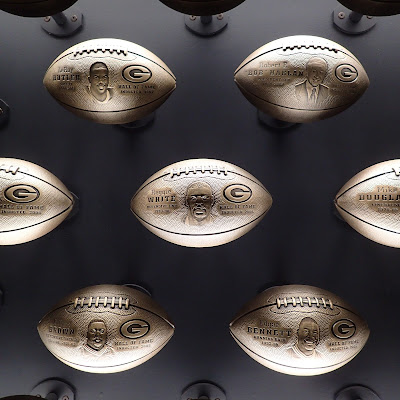 After touring the museum, we braved the rain outside to check out some statues of Vince Lombardi 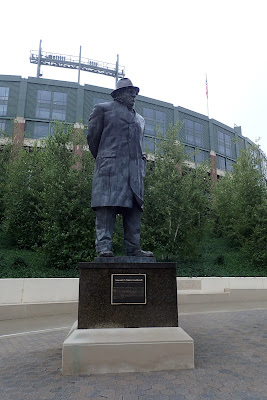 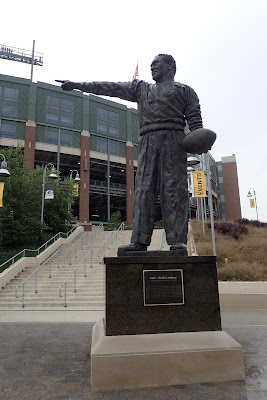 Sierra even got to do a Lambeau Leap! 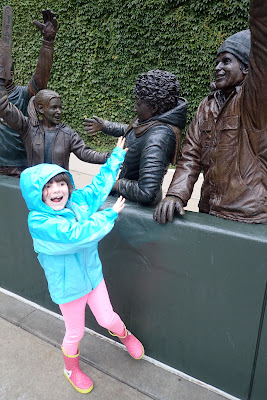 Then it was off to Titletown Brewery for appetizers and beer.
Posted by Eric, Noelle and Sierra Grunwald at 9:50 PM