Today we made the short drive over to U Street to hike the Prairie View Trail in Scotts Bluff National Monument. The weather was about as good as it gets; blue sky, warm temperatures and little wind! 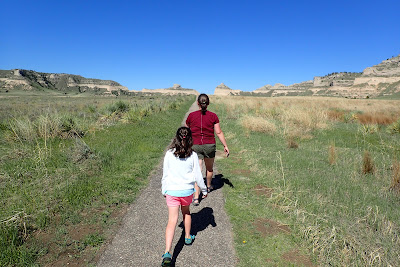 We hiked past the scenic bluffs 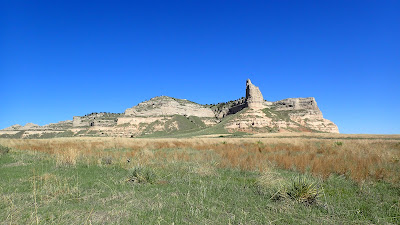 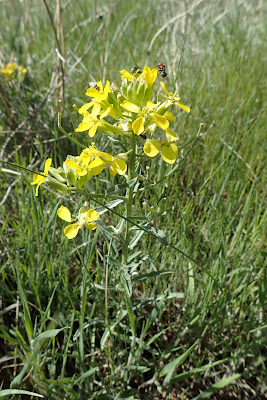 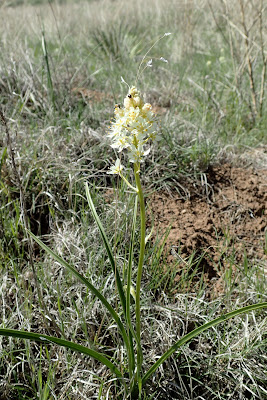 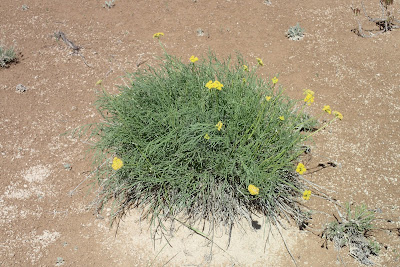 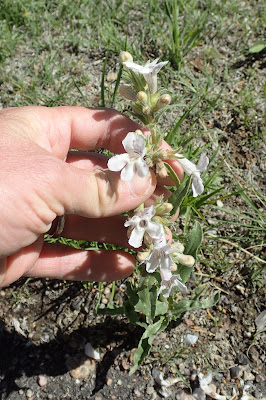 All those blooms attracted a large number of butterflies. 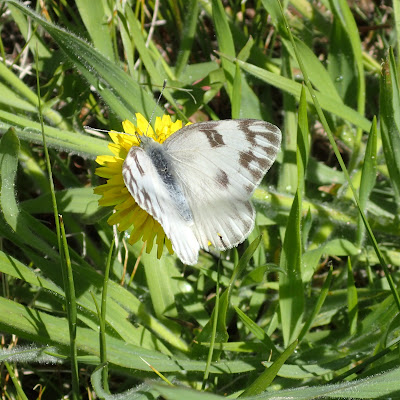 As we made our way west along the trail, not only were we treated to views of plentiful wildflowers, we also spotted some wildlife including a bullsnake that nearly scared Sierra to death. 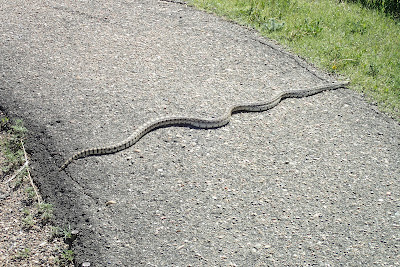 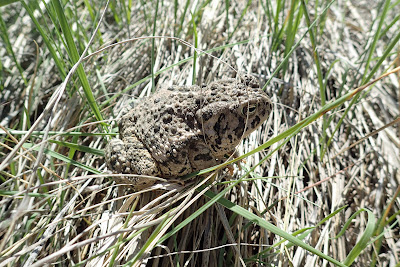 along with an ornate box turtle. 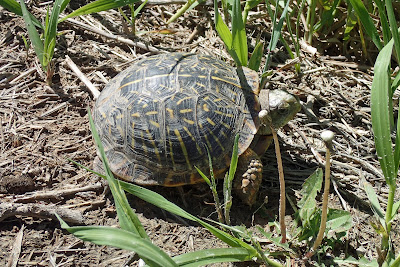 Once we had arrived at the visitor center parking area, we were all feeling ready to extend our hike, so we continued west on the Oregon Trail Pathway, passing the wagons. 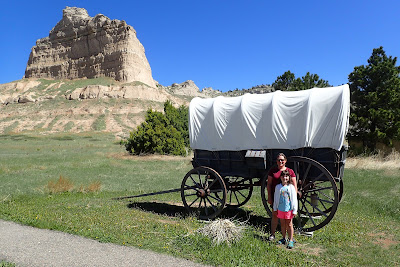 Sierra rested at the Merrill Mattes Memorial bench for a bit 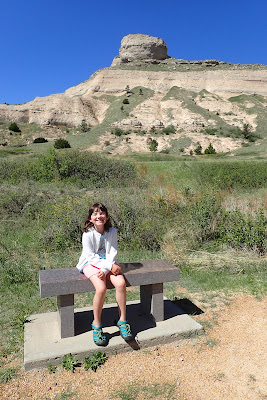 and then we continued on into the deep ruts of the wagon trail. 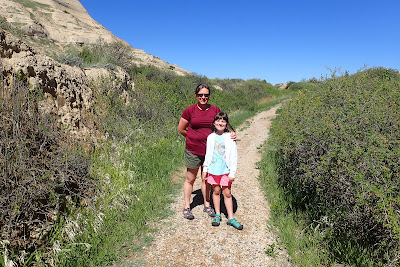 As we moved west, we spotted more blooming wildflowers, all very interesting. There was tufted evening primrose, 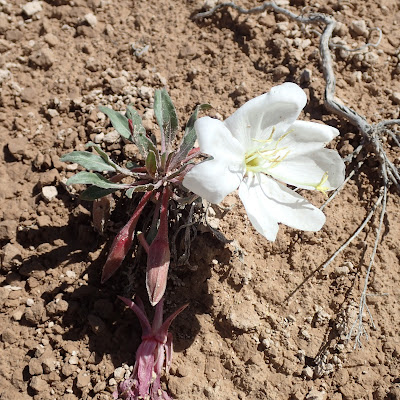 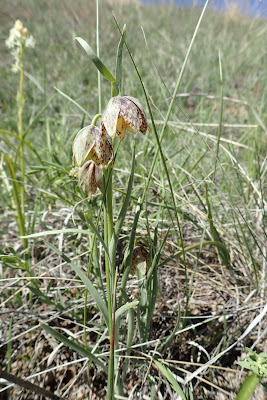 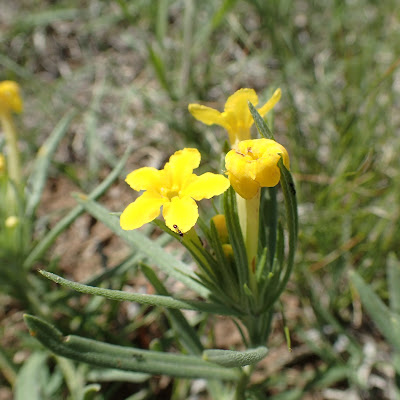 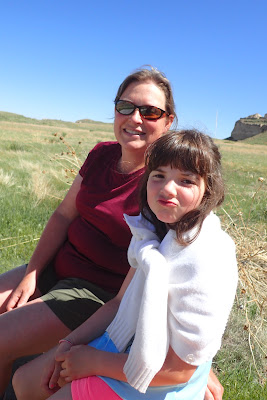 for a short break and then travelled back the way we had come. 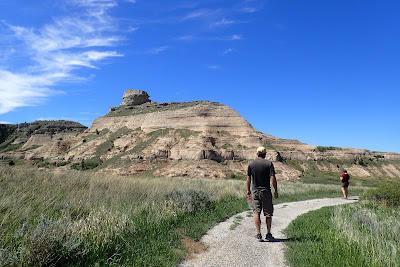 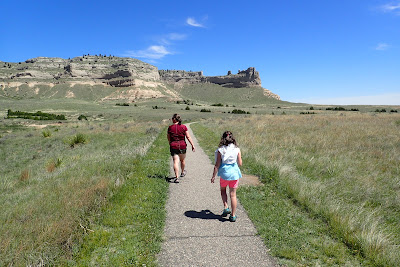 One interesting find on the walk back to the car was a bird's egg that appears to have been blown out of its nest, probably in last night's high winds. It was cracked and covered in ants. 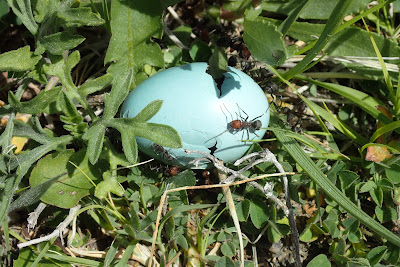 Posted by Eric, Noelle and Sierra Grunwald at 11:40 PM